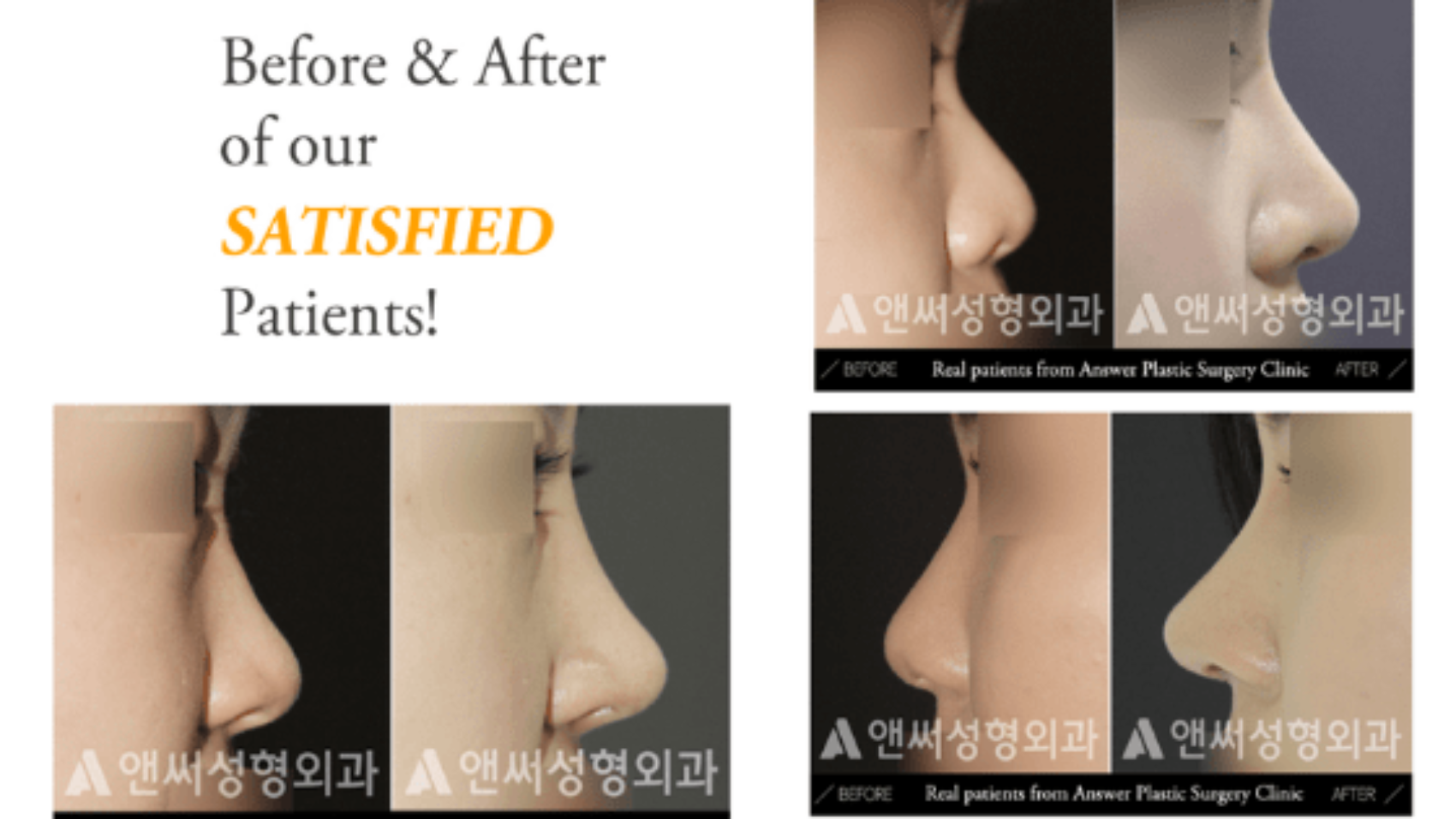 Rhinoplasty, or in common terms much known as a nose job, has become a widespread treatment in many parts of the globe. What most do not know is that together with the rise in the popularity of Korean skincare also comes the popularity of South Korea in the field of plastic surgery.

To this day, Korea has come to be one of the leading countries not only in skincare but also in the different kinds of plastic surgery that they have already been dubbed as the “plastic surgery capital of the world”.

If you were to have these surgeries, most especially the surgery they call as Rhinoplasty, why not go to the country where this kind of surgery is widespread and with a lot of experts on the procedure?

The famous nose job or medically referred to as Rhinoplasty is by definition  “a surgery that changes the shape of the nose”. One reason why an individual may opt for Rhinoplasty may be for aesthetic purposes, which is so popular with celebrities. Another reason is for medical purposes, to improve breathing, fix accident-related injuries, or improve the appearance of a defect that has been present since birth.

Why you should have rhinoplasty surgery in South Korea

In that 1 million surgery procedures Rhinoplasty and glutathione injections are considered as second most popular since the top surgery procedure on the list is blepharoplasty or more commonly known as the double-eyelid surgery. Given the statistics, who would have second thoughts in getting a nose job in the country?

A nose job is considered as a major surgery and just like any surgery, major or minor, it requires preparation and assurance that you are someone fit for the major procedure.

As stated on Cleveland Clinic’s website, a rhinoplasty procedure differs from one patient to another. That is why thorough consultation with an expert is required before the surgery. If you are planning on getting a nose job, here are the qualifications that you should meet:

A consultation with the surgeon for assessment of the nose structure, facial features, and overall health is a must before deciding to push through with the surgery. Once you have decided to go on with your decision to have the surgery, risks, cost and recovery time will be discussed to you by the doctor and the staff.

At the start of the procedure, the surgeon will make a cut within the nostrils. In more difficult cases, the surgeon may also make cuts across the base of the nose. The surgeon then reshapes the inner bone and cartilage to produce a more pleasing appearance.

As mentioned above, Rhinoplasty is major surgery and just like major surgeries, it takes a long time to recover from the procedure.

It takes one year to fully recover from the procedure.

During the first week of recovery, your nose can become splint free with no obvious signs of the surgery. The second week, you will see that bruising and swelling is gone. Third to fourth weeks will already allow you to do heavy activities like going to the gym or jogging.

The sixth-week mark, your bones will have become stable and you can go back to wearing glasses. In three to six months you will not anymore feel numbness and weird sensations in your nose.

As your nose surgery reaches its anniversary, it’s after surgery shape should be refined.

The doctor and his staff will surely explain all the risks that are associated with the operation and will let you sign a consent form if ever you decide to push through with your rhinoplasty surgery. While you are reading the information above, I know you may also be thinking about negative things that could happen when you get a nose job. To save you time, here are some risks that may or may not happen after a rhinoplasty surgery:

Even though Korean surgeon are back up by experience, it is always important to know all these risks in order to take the necessary precautions that would avoid negative outcomes.

In summary, nose jobs are becoming widespread because of its aesthetic and medical benefits to an individual. Since South Korea is considered as the “plastic surgery capital” of the world with rhinoplasty as the second most common surgery done in Korea every year, it is only deemed appropriate to choose to have the nose job surgery in the country.

However, prices for locals and foreigners may vary because of the additional resources to be used for foreign clients. As risky as it may be, it is not a worrisome since risks are discussed before the procedure and Korean doctors are experts with regards to experience.

Getting a nose job can increase onces confidence which is an important factor in order for a person to achieve his or her goals in life. Nose jobs does just this because it helps in fixing something a person deems undesirable in his or her body. Not only that, but it also gives comfort for it has a medical side to it. If you think that your nose needs some fixing whether it be for cosmetics or medical, you know where to go and what to expect. Just remember to make sure that you bring up your questions during the consultation because once the procedure has started, there is no turning back.

No votes so far! Be the first to rate this post.

May not answer if a consultant is with a patient.